About the William A. Wilson Archive 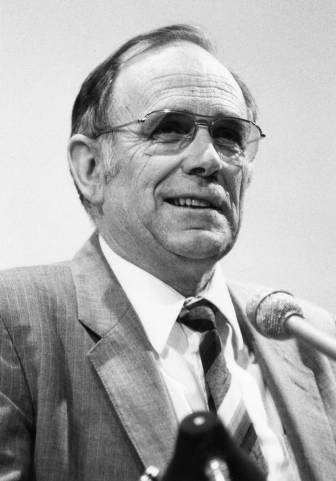 The William A. Wilson Folklore Archive began as a stack of cardboard boxes in Dr. Wilson’s office at BYU. Comprised of materials submitted by the students of anthropologist John Sorenson and folklorists Thomas Cheney and William A. Wilson, the material lacked the organization and accessibility to make them useful to students and researchers.

In 1978 Wilson accepted a position at Utah State University and was instrumental in developing the Austin and Alta Fife Folklore Archives. While at USU, he created a template for organizing folklore archival materials which was adopted at BYU upon Wilson’s return in 1985.

At Brigham Young University, Wilson was provided with a small office space and limited student labor to open a folklore archive. In 1995 the first permanent archivist was hired and upon Wilson's retirement in 1996, the archive became part of the Harold B. Lee Library. In 1999 the folklore archive became a part of the L. Tom Perry Special Collections and was named the William A. Wilson Archive in honor of his role as founder, but also for his lifelong achievement as a lauded mentor, archivist, and scholar. In 2019, the folklore archive was expanded into a digital repository to provide greater accessibility to library patrons and scholars.